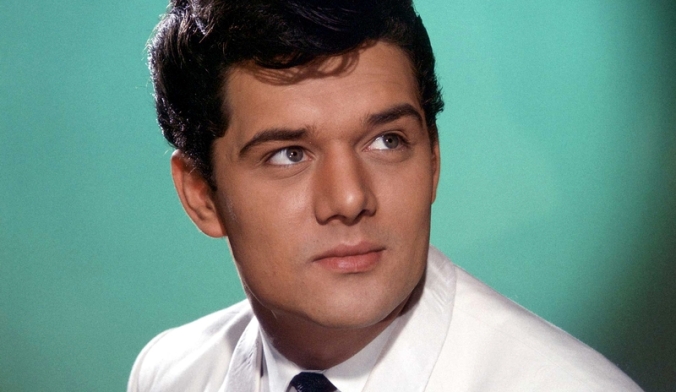 Eden Kane’s time at the top of the charts came swiftly, and ended almost as quickly. Born Richard Graham Sarstedt in March 1940. His family lived in New Delhi, India, and two of his younger brothers, Peter and Clive, would also become musicians. Peter even reached number 1 too, in 1969, with the ballad Where Do You Go To (My Lovely)?, and Clive had a number 3 hit in 1976 with a cover of My Resistance is Low, under the name Robin Sarstedt.

The family moved to Kurseong to run a tea plantation, but when his father died, Richard, his mother, brother and three sisters moved to the UK, settling in Norbury in Croydon. He became a big Bill Haley fan, and he and his brothers started a group called The Fabulous 5.

The next step towards fame came when Richard won a talent contest at Kings Road in Chelsea. The prize wasn’t very rock’n’roll – it was the chance to record an advertising jingle for Cadbury’s Drinking Chocolate. The song, Hot Chocolate Crazy, is a funny little ditty now, but it got him noticed due to plenty of airplay on Radio Luxembourg and it became the B-side of his first single, You Make Love So Well, on Pye Records.

Sarstedt was a handsome man, so his looks would appeal to girls, but what about his name? His new management team, Philip Waddilove and Michael Barclay, christened him Eden Kane. The forename was due to the fashion for biblical names at the time, ie Adam Faith, and the surname came from Barclay’s love of the film Citizen Kane (1941). Kane moved to Decca, and his first single for them, Well I Ask You, had been written by Les Vandyke, a pseudonym for Johnny Worth, who had written both of Adam Faith’s number 1s, What Do You Want? and Poor Me. Overseeing production was Bunny Lewis, who had worked on three number 1s – David Whitfield’s Answer Me, Cara Mia, by Whitfield and Mantovani, and Only Sixteen by Craig Douglas.

Kane’s number 1 is your average slice of early 60s pop, and you can easily imagine it being sang by Faith, or Anthony Newley. It would also be at home as the TV theme to a cheeky sitcom. I can picture Sid James or Paul Shane winking at the camera when I hear the bawdy-sounding main hook. The cheeriness belies the fact Kane is mightily pissed off at this girl, who has treated him like crap and now expects to get him back. I’m not sure about the way Kane sings ‘Well I ask ya’, but at least he isn’t doing a Buddy Holly impression. I haven’t heard the follow-up single, Get Lost, but I really hope that it’s his answer to his relationship conundrum.

Kane’s next few singles all performed well, but his last hit came in 1964 during the height of the beat boom. He appeared on television shows with new acts like The Beatles and The Rolling Stones, but he saw the writing on the wall, and following a stint with his own TV show in Australia, he moved to California and became a producer.

In 1972 The Sarstedt Brothers released an album, Worlds Apart Together, but it didn’t set the world alight the same way some of their solo singles had. Weirdly, in the 90s he became contracted to play several small parts in the various Star Trek spin-offs, – Star Trek: The Next Generation, Star Trek: Deep Space Nine and Star Trek: Voyager, and was credited as Richard Starstedt. These days he occasionally pops up on the nostalgia circuit alongside other stars of the era.

The drummer on Well I Ask You was Clem Cattini, who was a member of Johnny Kidd & The Pirates when they hit number 1 with Shakin’ All Over. Cattini’s name will be popping up many more times in this blog, as the session drummer holds the record for most appearances on UK number 1s – at least 42, some sources say more. The list of his best-selling appearances is simply staggering – an eclectic mix of artists including The Tornados, The Walker Brothers, Thunderclap Newman, Ken Dodd, T Rex, Benny Hill and Hot Chocolate, and his number 1s date right up to the (Is This the Way to) Amarillo, the 2005 Comic Relief single by Tony Christie featuring Peter Kay. He was also considered by Jimmy Page as a possible drummer for Led Zeppelin. This man surely deserves some kind of award?