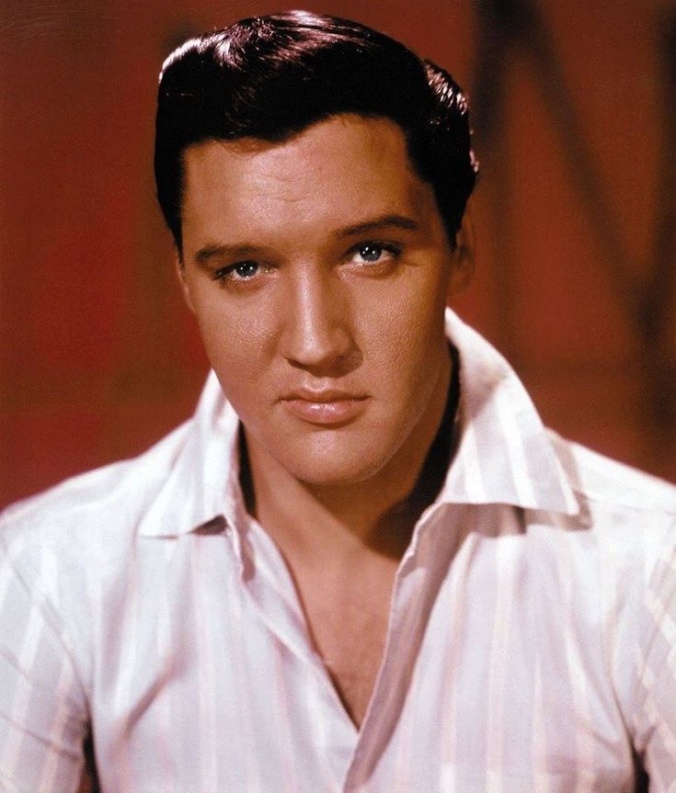 Elvis was back at number 1 yet again. While four young men from Liverpool were learning about recording (see below), the icon they soon replaced seemed to be growing increasingly content in coasting on by, safe in the knowledge that his fans would lap up anything he released.

Good Luck Charm was written by Aaron Schroeder and Wally Gold, the duo who came up with 1960’s biggest seller, It’s Now or Never. Elvis must have known this was a middling song that would still do well, as reports suggest he spent most of the recording session trying to crack up his band members. He’d tried to move into serious acting, but audiences wanted more light-hearted romantic musicals – had he now given up on taking music seriously too?

There had been an article in The Guardian last year claiming Presley’s legacy was in danger. The passing of so much time had blunted his appeal to young people, there were no truly great albums for music fans to get into, and your average Elvis impersonator was now more representative of the singer than the young rebel that had changed music so much in the 50s.

Good Luck Charm is a forgettable song that brings to mind that average Elvis impersonator. He’d had plenty of average material in the past, but often he’d raise his game vocally to salvage such shoddy stuff. Not this time. He sticks to a half-arsed croon. featuring plenty of trademark ‘uh-huh-huhs’. Very forgetful. It’s songs like this that do his reputation damage.

Good Luck Charm was not among Aaron Schroeder’s best work, but he had been one of Elvis’s top songwriters over the years, and this was the last song he donated to ‘The King’. He understandably refused to surrender rights to Elvis’s publishing company, and a court battle ensued. The publicity was such that soon after, other top songwriters rarely worked with him, or stopped altogether, including Otis Blackwell, Lieber and Stoller and Pomus and Shuman. Elvis’s songs inevitably deteriorated further.

25 May: The new Coventry Cathedral was consecrated.

2 June: The first legal casino in the UK opened in Brighton, Sussex.

6 June: The Beatles set foot in Abbey Road Studios for their first session there. John, Paul, George and Pete ran through and recorded four songs – Besame Mucho and three originals – Love Me Do, PS I Love You and Ask Me Why. They didn’t leave much of an impression – their equipment was in a poor state, but George Martin and engineer Norman Smith thought Love Me Do had potential. Afterwards, Martin gave the band a long lecture about what they must do if they wanted to get anywhere in the business, and the Beatles stayed silent. According to Mark Lewisohn’s The Complete Beatles Recording Sessions, Smith recalled that Martin said ‘Look, I’ve laid into you for quite a time, you haven’t responded. Is there anything you don’t like?’. After a long, awkward silence, Harrison replied ‘Yeah, I don’t like your tie!’. This broke the ice, and The Beatles had Martin and the others in fits of laughter. Martin knew this group had potential, but before they returned to Abbey Road, something needed to be done about Pete Best’s drumming.

14 June: The BBC broadcast the first episode of Galton and Simpson’s classic sitcom Steptoe and Son.