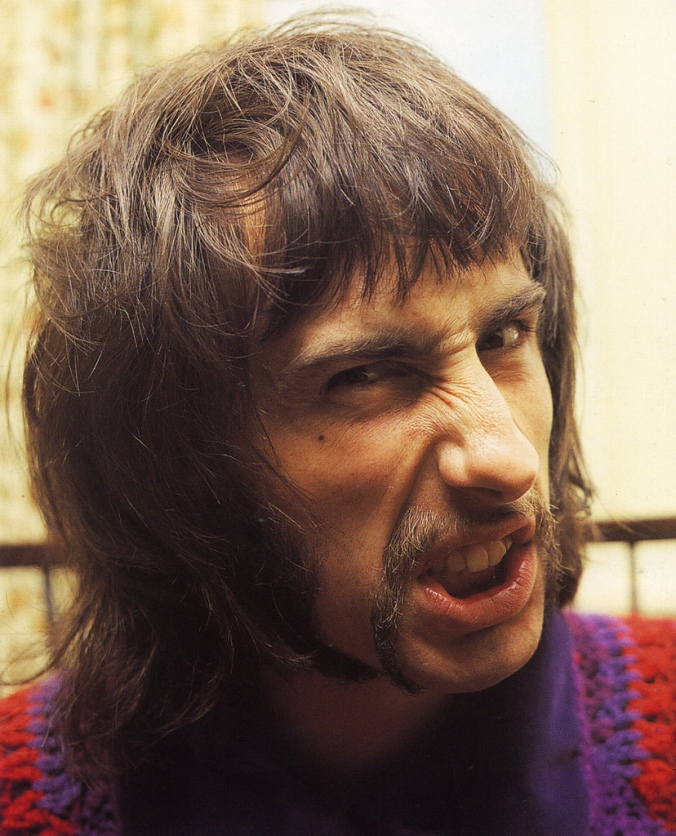 ‘I AM THE GOD OF HELLFIRE AND I BRING YOU…’ Yes, Tommy James and the Shondells’ stint at number 1 with the raunchy Mony, Mony was interrupted briefly by the schlock-horror psychedelia of Fire !. The Crazy World of Arthur Brown were only at the top of the charts for a week, but they gave us one of the most memorable one-hit wonders of all time.

Before he became the god of hellfire, he was plain Arthur Brown from the seaside town of Whitby, North Yorkshire. Pretty appropriate, considering its links to goth culture. Born 24 June 1942, he went to Roundhay Grammar School in Leeds, and then moved to London to attend the University of London and the University of Reading. While at the latter, he formed his first band, Blues and Brown, in 1965. The following year he moved to Paris, and while working on his theatrical skills, which later stood him in good stead, he recorded his first material – two songs for the movie adaptation of La Curée.

Around late 1966-early 1967 he returned to London, and was briefly a member of The Ramong Sound. The promising multi-racial R’n’B and soul group had run into a spot of bother when their frontman, Ramong Morrison, was imprisoned. Brown was suggested and he and Clem Curtis briefly fronted the band. However, Brown had already set up The Crazy World of Arthur Brown and soon left to concentrate on his fledgling group. The Ramong Sound morphed into The Foundations, and later that year they scored a number 1 with Baby, Now That I’ve Found You.

The Crazy World of Arthur Brown were Brown on vocals, Vincent Crane on Hammond organ and piano, Drachen Theaker on drums and Nick Greenwood on bass. Unusually, there was no guitarist. And unusual was what helped the Crazy World of Arthur Brown stand out in that first year. With his penchant for energetic, over-the-top performances and a dark operatic voice, Brown was a mesmeric frontman, with the band quickly becoming known as an antithesis to the day-glo flower power during the Summer of Love.

He began performing a song called Fire !, and at the Windsor Festival he wore a collander on his head soaked in methanol. Not for the last time, the fuel poured over him by accident, and his head caught fire. For the acid-taking hippies, this must have been a hell (pardon the pun) of a sight. In addition to almost burning his face off, he would wear ghoulish make-up and occasionally perform naked. This was all a long way from the besuited Beatles or tuxedo-wearing easy listening stars of yesteryear, and really helped the band get noticed.

They signed with the ultra-hip Track Records, which had been founded by Kit Lambert and Chris Stamp, who managed The Who. The label was also home to The Jimi Hendrix Experience. Debut single Devil’s Grip is long forgotten and failed to chart, but in June 1968 they released their debut eponymous LP and Fire !. Following memorable TV appearances, both rapidly climbed the charts.

Critics of Fire ! argue that that opening electrifying statement from Brown is the best part, and that the rest of the tune fails to live up to such drama. Maybe they have a point, but for me, Fire ! is a lot of fun and a song I never fail to enjoy. Crane’s organ riff might be cheesy, but I’ve always dug a good Hammond organ. One thing I will agree with from a critical persepctive is that the mono version is a little empty-sounding, not only is there no guitar, but there’s no bass either. Until researching this, I’d never heard the mono. The horns in the stereo mix add some much-needed beef to the production. Both versions also end very differently, with a weird lazer sound on the mono, whereas the stereo fades out with demonic wailing, trumpets and a primitive ‘fiery’ noise. Apparently, the brass and extra strings on the album came at the behest of US label Atlantic.

Originally credited to Brown and Crane, eventually Mike Finesilver and Peter Ker received songwriting credits due to the similarity to their long-forgotten track Baby, You’re a Long Way Behind. Interestingly, Ronnie Wood claimed a few years back to have played bass on Fire !, but Brown believes he’s getting mixed up with helping out on a radio session version. I’d imagine Wood’s memory is a little muddy. The Who’s Pete Townshend received an executive production credit on the album, but nobody seems to know what that actually entails. Although I’ve yet to hear The Crazy World of Arthur Brown, I can recommend the track Spontaneous Apple Creation.

Once the influence of psychedelia faded from the charts, the novelty of Brown’s group quickly wore off with the general public. Brown was simply too weird to remain a popular star. Theaker had left the band in 1968 due to his fear of flying, and was replaced by Carl Palmer. Crane also left briefly and then returned, but in June 1969 The Crazy World of Arthur Brown disbanded, with Crane and Palmer forming Atomic Rooster. Palmer of course became a third of progressive rock supergroup Emerson, Lake & Palmer and later joined Asia.

Brown has retained a cult following ever since. He formed Kingdom Come in 1970, and continued to plough the same dark but camp psychedelic and progressive path. They appeared at Glastonbury Fayre in 1971, before splitting three years later. In 1975 Brown starred in the Who’s rock opera Tommy as ‘The Priest’. He released several solo albums before moving to Africa briefly.

In the 80s Brown moved to Austin, Texas and obtained a master’s degree in counselling. Imagine deciding you needed help and walking in to find Arthur Brown with a flaming collander on his head… ‘I AM THE GOD OF HELLFIRE AND I BRING YOU… THERAPY!’. Even stranger than that, he became a painter and carpenter along with Jimmy Carl Black from Mothers of Invention, and they recorded an album together called Brown, Black and Blue, released in 1988.

The 90s saw the intro to Fire ! sampled on Essex rave outfit the Prodigy’s Fire in 1992. Brown collaborated with Iron Maiden’s Bruce Dickinson, as well as psychedelic indie-rockers Kula Shaker.

In the 21st century, Brown is still accidentally setting fire to himself, performing for his beloved hardcore fans. He also appeared in the Darkness’s video for Is It Just Me? in 2006, and in 2010 he returned to Glastonbury Festival. Now 76, later this year he will work with Carl Palmer once more, singing on his ELP Legacy tour.

It’s easy to poke affectionate fun at Brown, but he must have been an exciting and idiosyncratic presence on the charts in 1968. You cannot deny his influence on a wide range of flamboyant rock and pop stars either, including Alice Cooper, David Bowie, Peter Gabriel, George Clinton and Marilyn Manson. Let’s hope he sees out the rest of his years without a fire-related fatal incident.