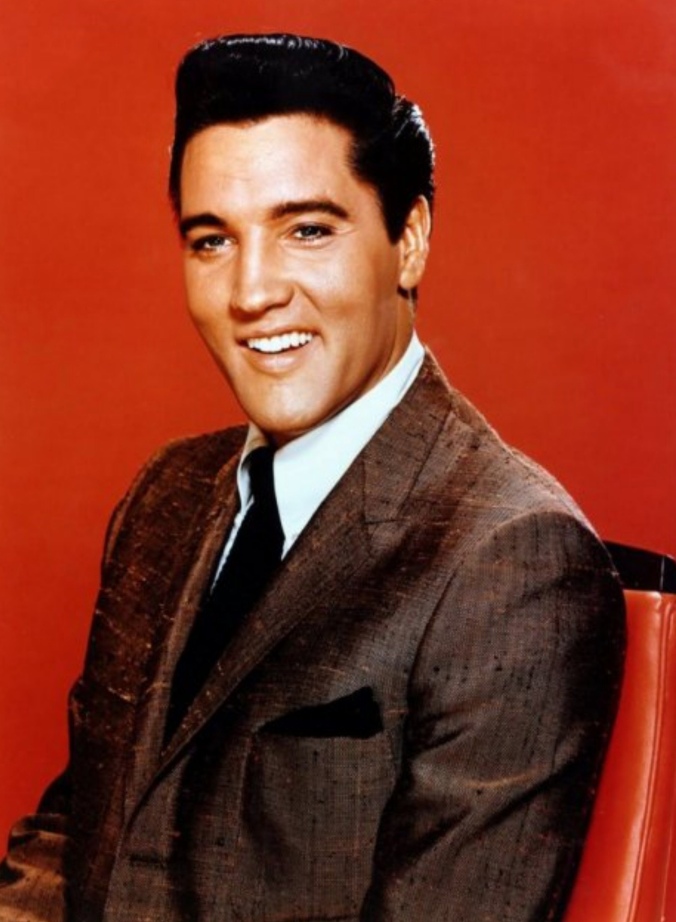 Frank Ifield’s million-selling yodelling superhit I Remember You was finally usurped by, well, guess? That’s right, it’s Elvis again, for the 12th time! At this point he’s still making music that is nearly always a pale imitation of his previous classics (Can’t Help Falling in Love excepted, of course), he’s still starring in bad films, and he’s basically muddling through, yet still the UK are buying everything he releases and sending him to the top. This was soon to change, as we know.

Previous number 1, Good Luck Charm, saw one of his top songwriters depart from the team due to a financial dispute, and other great creative talents were soon to leave too. She’s Not You was a rare collaboration between Doc Pomus, who co-wrote Surrender, and Lieber and Stoller, the duo behind Presley’s best number 1, Jailhouse Rock. Unusually, Chet Atkins is also credited as producer alongside Steve Sholes.

She’s Not You is a step up from Good Luck Charm, although that’s not saying a great deal. Once again, the music is a plodding boogie-woogie, but at least this time Elvis sings with some presence. The lyrics are also an improvement. The idea of Elvis settling for second best and comparing her to his true love is a good idea. But come on now, this stuff is starting to sound really dated – even the sexist Come Outside sounded more progressive than this, and record buyers were perhaps finally feeling the same, as it only remained at number 1 for three weeks – Elvis’s shortest stint since 1959’s I Got Stung/One Night.

The next number 1 would be the sound of the future.

14 September: Teledu Cymru begin transmissions to the North and West Wales region, which meant that ITV was now available anywhere in the UK.

20 September: Ford launched one of its most famous cars, the Cortina, which would have then set you back £573. Although it later became a much-mocked vehicle, it was one of the most popular cars of the 70s, and even into the 80s, when poor families like mine could still be seen driving around in one. 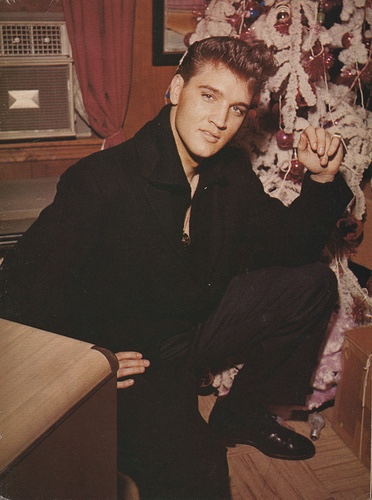 After two years military service, Elvis Presley was discharged from the US army in March 1960. The story goes that Elvis’s time in Friedberg, West Germany involved mainly parties, girls and drugs. While there, he met Priscilla Beaulieu for the first time, at a party at Elvis’s house. Then only 14, the pair agreed to stay in touch when he left West Germany, but she was convinced they would never meet again.

Elvis had been worried about his music career losing momentum during his time as a GI, but a steady stream of singles had been put aside beforehand, and the number 1s kept coming. However, he was itching to get back to recording, and before the month was out he was back in the studio, rush-releasing a new single, Stuck on You, which hit number 1 in the US (surprisingly, it stalled at number three over here). He then began work on the comeback album, Elvis Is Back! at RCA’s Nashville studio.

While stationed in West Germany, he had heard Tony Martin’s 1949 hit There’s No Tomorrow, which was based on the famous Italian tune, O Sole Mio, which had once been recorded by one of Elvis’s heroes, the crooner Mario Lanza. Before Elvis had returned from the army, he told his music publisher Freddy Bienstock he was keen to record a new song based on the melody. Tasked with finding the right songwriters, he returned to his office in New York to find Aaron Schroeder (who had co-written Elvis’s 1959 number 1, I Got Stung) and Wally Gold, who had previously had hit singles while in the group The Four Esquires.

The duo made quick work of the task, coming up with It’s Now or Never (O Sole Mio) in half an hour. As usual, Steve Sholes produced, and Bill Porter was the sound engineer. Porter was having a particularly busy but successful time of it, having worked on music by the Everly Brothers and Roy Orbison’s Only the Lonely (Know How I Feel), which was usurped from the top by It’s Now or Never (O Sole Mio). Listening to the two back-to-back, there’s a definite similarity.

It’s Now or Never (O Sole Mio) found Elvis reverting to crooner mode, with his vocal performance closely resembling Mario Lanza’s almost-operatic method of intonation. Elvis is issuing an ultimatum to his lover – act now or lose him for good. He struggled to lift his voice to hit that impressive final note, recording it over and over. Porter told Presley he could easily just splice two takes together, but he insisted on his vocal being all one take, and pulled it off on the next run-through.

It’s Now or Never (O Sole Mio) really impressed at the time and was a huge hit, but rights issues in the UK meant its release was delayed for four months. This was no setback however, as the single racked up lots of advance orders. When finally released on 3 November, it went straight to number 1, where it remained for two months, becoming the biggest-selling single of 1960. It is also one of the biggest-selling singles of all time, selling over 25 million worldwide. And it meant the King had now achieved five number 1s – overtaking Frankie Laine and Guy Mitchell, who had four each.

Unfortunately for me and I expect many people of a certain age, It’s Now or Never (O Sole Mio) means only one thing – ice-cream. Walls’ Ice Cream used O Sole Mio for many years on their famous adverts for Cornetto. So for me it’s impossible to hear this Elvis track without picturing a man on a gondolier trying to steal a woman’s ice-cream. It’s also a disturbing irony that disgraced sexual predator and DJ Jimmy Savile selected It’s Now or Never when he appeared on Desert Island Discs.

To celebrate 50 years of his music, It’s Now or Never (O Sole Mio) was among the batch of re-releases of his most popular singles, and it went to number 1 once more for a week on 5 February 2005. In 2017, Priscilla Presley revealed online that this song was Elvis’s favourite among his huge catalogue. Wonder if he liked Cornettos?

9 December: The first episode of legendary soap opera Coronation Street aired on ITV. Among the characters introduced in that first show were Ena Sharples, Elsie Tanner and Annie Walker, all of whom became mainstays, alongside Ken Barlow, played by William Roache, who is still in the soap to this day.