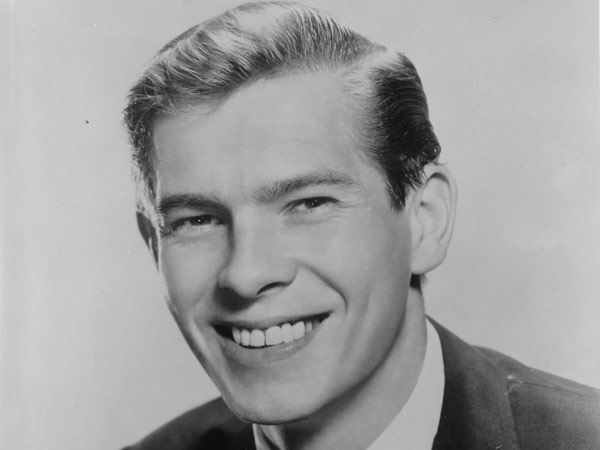 ‘Poor old Johnnie Ray sounded sad upon the radio
He moved a million hearts in mono.’

Immortalised in the video and opening line of Come On Eileen by Dexys Midnight Runners,  it’s a shame that it seems to be what US singer and songwriter Johnnie Ray is best known for these days.

As great a song as it is, he deserves better. In many ways the prototype eccentric rock’n’roll star, he was troubled, overtly sexual and most of all, different. He wasn’t a cardigan crooner or your typical teen idol, but for a time he was just as popular. Ray was a big influence on Elvis Presley, who later covered this song, and Morrissey wore a hearing aid in the early years of The Smiths in tribute.

Born 10 January 1927, John Alvin Ray was raised in Dallas, Oregon. The Rays lived briefly on a farm, and at the age of three, he began playing piano. At 12, he was singing in the church choir.

Aged 13 and living in Portland, Oregon, Ray became deaf in his left ear following an accident at the Boy Scouts, which is why he was known for wearing a hearing aid in concert. He also later explained the incident had a profound impact on his unique performance style.

Ray was one of the first, if not the first star to show you could turn your weaknesses into your greatest strengths. He was influenced by, among others, Kay Starr, whose jazzy, rhythmic singing on previous number 1, Comes A-Long A-Love was one of the earliest signals of rock’n’roll to make the charts.

At 15 Ray was singing on a local radio station, and performing in comedy and theatre shows. Later, he moved to Detroit, Michigan, and gained a cult following for his live performances. He signed his first record deal in 1951.

In 1952 Ray became famous for the first of several appearances on US TV’s Toast of the Town (which became The Ed Sullivan Show three years later). Soon after the double-A side Cry/The Little White Cloud That Cried made him a teen idol. On 30 April, his cover of Such a Night became his first UK number 1.

Such a Night had originally been a hit for soul group The Drifters. It was songwriter Lincoln Chase’s first big hit, and caused some controversy by being a bit too racy. Ray had no qualms about not only covering it, but making it sound positively filthy by the usual standards of the day. The lyrics and rhymes are very basic, but it’s all about the delivery with this song, produced by hitmaker Mitch Miller. Ray doesn’t hold back, he grunts and groans, and makes it clear he’s not just talking about kissing his girl.

Sex had made its way to the top of the charts (the nudge-nudge wink-wink of Guy Mitchell’s Look at That Girl barely compares) for the first time, and already the likes of Frankie Laine started to look old-fashioned by comparison. Ray would do better, but rock’n’roll doesn’t seem so far away anymore.

6 May: Athlete Roger Bannister made history, becoming the first person to break the four-minute mile.