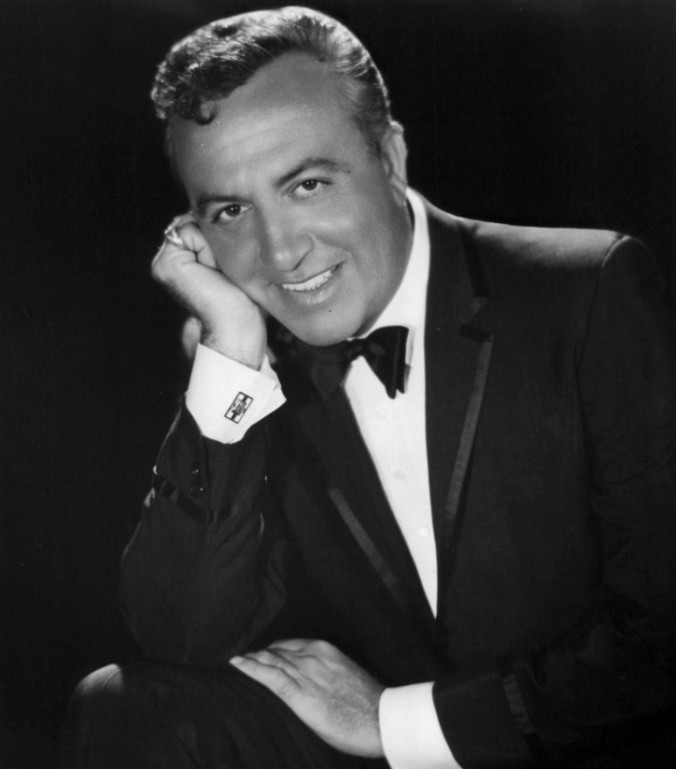 Frank Sinatra’s three-week stint at number 1 with Three Coins in the Fountain came to an end when he was replaced by another crooner. Don Cornell (born Luigi Francisco Varlaro on 21 April 1919) was a super-smooth baritone singer from the Bronx.

He had been a singing waiter, until a fight with someone over a racist remark caught the eye (not literally) of a boxing promoter. Varlaro won 20professional fights, but decided to walk away when asked to throw a fight for money. Sounds like a pretty decent guy, all in all.

He became a guitarist but his bandleader Sammy Kaye decided to promote him to front-man and introduced him one night as Don Cornell, without giving him prior knowledge.

Fast forward a few years and Cornell was now doing well as a solo artist. In 1952 he had a hit with I, which, weirdly, was the only song title made up of a single character until Prince’s 7 in 1992.

Hold My Hand had been written by Jack Lawrence and Richard Myers and featured in the romantic comedy Susan Slept Here (1954), starring Dick Powell in his final role, alongside Debbie Reynolds.

The song suffers in comparison to Sinatra’s. Although Three Coins in the Fountain isn’t Ol’ Blue Eyes best, his voice has aged better than Cornell’s, which now sounds a bit too polished. Having said that, the orchestra improves it, with little flourishes to keep the ears interested. I’ve heard worse.

Although record buyers decided they preferred it to Three Coins in the Fountain, Hold My Hand lost out to it in the Best Original Song nominations at the following Academy Awards ceremony. It only went to number two in the US, but stayed on top in the UK for four weeks, and then a further week after Vera Lynn had her fortnight of glory with My Son, My Son.

In another example of how God-fearing we still were back then, (see David Whitfield’s Answer Me), the BBC considered banning Hold My Hand for the opening line, the apparently blasphemous ‘So this the kingdom of Heaven’. Cornell agreed to record this again and change it to ‘So this the wonder of Heaven’. Laughable, really.

Cornell’s success tailed off in the UK, though he still performed well in America, and in 1963 he became one of the first stars to be included in the Hollywood Walk of Fame. He died in 2004 from emphysema and diabetes on 23 February 2004, aged 84.

19 October: Britain agreed to end its occupation of the Suez Canal. Colonel Gamel Abdul Nasser had recently come into power in Egypt, and both sides agreed that British troops would be withdrawn in 1956. It didn’t quite work out like that…

2 November: The radio premiere of Hancock’s Half Hour. One of the most influential comedies of all time, it was written by Alan Galton and Ray Simpson, and introduced the world to troubled comedian Tony Hancock, playing an exaggerated version of himself.